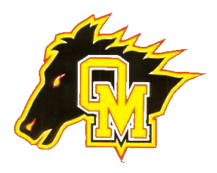 It’s still an old-time slice of Americana during a Friday night game at The Corral, which is the name of the field at Oakdale High in the Central Valley.  Recent success, including two CIF Sac-Joaquin Section titles in the last three years, a legendary quarterback/leader plus great local rivalries stand out the most for the Mustangs. The school now has all of its football scores in one archive provided by Cal-Hi Sports.

The most successful team in the first 33 years of Oakdale High’s football history was led by the program’s most legendary player, which is still the case covering the next 59 years until today.

Unlike some other schools near Oakdale (which is still a one-school town located northeast of Modesto), the early years of football were not that bad with reported records of 2-5-2, 4-2-1 and 6-4-0 for the first seasons of 1922-1924. In that first season, however, it wasn’t a good idea for Oakdale to schedule Stockton High, a school in the 1920s (now closed) that was a powerhouse in many sports. The Tarzans won that game 90-0, which is still the worst loss in Oakdale history and one of the largest margins of defeat in history among schools currently in the CIF Sac-Joaquin Section.

Just after the end of World War II in the 1944 season, Oakdale rolled to seven straight wins after a tough 12-6 loss to Turlock (yes, even back then the Mustangs were starting off the season with games against the Bulldogs). The final win was 33-7 over Edison of Stockton (which was just beginning).

One of the leaders of that 1944 team was 5-foot-7 Eddie LeBaron. Despite his short stature, he would later become a football giant and a war hero. By 1949, LeBaron was leading the team as a senior at College of the Pacific. He set an NCAA record in points accounted for, led the nation in total offensive yards and led the Tigers to an 11-0 record.

LeBaron later served as a lieutenant in the U.S. Marine Corps during the Korean War and was awarded a Purple Heart for his service. He also later starred as a quarterback for the NFL’s Washington Redskins and Dallas Cowboys. Isn’t it great that the first-ever starting quarterback for the Cowboys happens to be from the “Cowboy Capital of the World?”

When LeBaron died earlier this year at age 85, it was a loss felt throughout California.

After LeBaron played at Oakdale, the school’s football fortunes frankly fell back to mediocrity. There were a few outstanding teams during a 20-year run by Dale Clipper as the head coach from 1959 to 1980, especially the 1965 squad that went unbeaten at 7-0-2 and still can call itself the only unbeaten team in school history. Clipper also had a 9-1 squad in 1968, but it wasn’t until a few years into the coaching stint of current Oakdale Joint Unified School District superintendent Marc Malone in the 1990s when the program began to resemble the traditional local powerhouse it has become in recent years.

Malone’s 1996 team did the town proud by defeating Oak Ridge of El Dorado Hills 28-21 to win the school’s first CIF Sac-Joaquin Section title. Three years later, Malone had another big-time squad that beat Oak Ridge by the same score in the SJS D2 semifinals and headed into the final at 12-0. Unfortunately in that title game, Granite Bay came out on top in a 25-21 contest.

If it seemed like the turn of the century was a good time for Malone to move on to administration and for a new coach to emerge, that’s exactly what happened. Trent Merzon was that coach and since the 2000 season he has not only continued the momentum that Malone started but has taken the program even further.

In 2007, after Oakdale had finished as a runner-up in the SJS playoffs in 2003 and 2004, the Mustangs won their second section title with a 34-27 victory over Whitney of Rocklin in the Division IV championship. The school’s third and fourth section crowns have been won actually in just the last two seasons.  Both of the last two section title teams also were selected to play in CIF regional bowl games. In 2012, Oakdale faced Clayton Valley of Concord in the NorCal D2 game and won 27-24, but last season it was the Ugly Eagles that prevailed 28-7. Oakdale also played Serra of Gardena in the 2012 CIF Division II state bowl game and couldn’t do much against a supremely talented opponent and lost 42-15.

Another facet of Oakdale’s football history that makes the program unique is its rivalries.

For every year since 1922, the Mustangs have traveled or have hosted a team from the Sierra Nevada foothills community of Sonora, which is located a short drive up Highway 108. In some years when the Valley Oak League title is on the line, the annual regular season finale drew close to 10,000 fans. Last season, due to league realignments and Sonora’s diminishing enrollment, the Wildcats were played as a non-league opponent.

While the Oakdale-Sonora rivalry is still regarded as one of the best in Northern California, Oakdale’s series with Manteca is nearly as long (since 1923) and it’s been much more competitive (Oakdale is only in front by 10 wins vs. Manteca compared to 31 vs. Sonora).

For many years, Oakdale also has opened its season against Turlock. Although Sonora became the opener last season, the Bulldogs were the opposition on opening night from 1996 to 2013. They also first played Oakdale in 1922, but unlike Sonora and Manteca there were some years that were skipped in the 1930s, 1940s and early in the 1950s.

Here are some other Oakdale football records that the school now has in its possession courtesy of this archive initiative:

WIN-LOSS RECORDS FOR EACH DECADE:

59.7 ALL-TIME WINNING PERCENTAGE
(Based on half-win, half-loss for tie)

*Note: One forfeit win from 1946 and one forfeit loss from 1930 not included. Counting those results, the reported all-time record for Oakdale would stand at 469-310-46.

Remember, any school in the state can have this research finished in a customized fashion in return for a reasonable fee.

Thanks to Stockton office assistant editor Paul Muyskens for contributing to this post. Mark Tennis is the co-founder and publisher of CalHiSports.com. He can be reached at markjtennis@gmail.com. Don’t forget to follow Mark on the Cal-Hi Sports Twitter handle: @CalHiSports